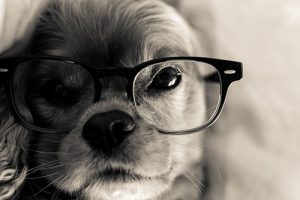 READ THIS FIRST IF YOU ARE INTERESTED IN SEEING CODA 2021 for FREE - NO CATCH!

CODA has been exclusively streaming on Apple+ after a short run in theaters. But, it will be returning to cinemas for FREE next week. The film will be presented with subtitles to welcome deaf and hearing moviegoers.

It is a surprising decision to release the film for free, but it may be the only way to convince people to take a chance on a movie that many may overlook. More surprising, the film is reported to have only made slightly over $1 million since its release in August 2021. Most shocking is that this film created a bidding war at the Sundance Film Festival in 2021 between Netflix, Searchlight, Amazon, and Apple, who eventually won out with a record-setting 25 million dollar bid. Their offer gave Apple worldwide rights to the movie, which garnered more awards than any other film in Sundance history! So what are you waiting for? You can skip the rest here if you have Apple+ watch it; if not, check the link for Free Screenings in your area (Coming Soon).

Yes, “No Catch” in the title was a pun because CODA is about a deaf family of fishermen living in Gloucester, MA. The filmmakers shot on location, adding a real sense of place within the movie. The single hearing member of the family is the teenage daughter who has a beautiful singing voice.

Movie trailers cannot do the movie justice. It is challenging to explain a movie about deafness in a short trailer that uses sign language and subtitles. Most of us are too busy multitasking to read the screen. You might mistake the teenage voices as a Disney movie for kids if you only listen. Perhaps, one to overlook. But that would be a loss for both you as a viewer and the efforts of the people who made CODA.

CODA stands out for its unique storyline and outstanding leads, many deaf in real life. Marlee Matlin exploded on the scene in Children of a Lesser God. In 1986, at the age of 21, she was the youngest person to receive the Oscar for Best Actress actress. She was also the first deaf actress to be recognized with that award.

But now she may have some company. Troy Kotsur has an impressive 20-year career in acting and directing. He can now add Oscar-nominated to his list of accomplishments for portraying fisherman father Frank Rossi, married to Marlee’s character.

The film makes liberal use of subtitles for us “hearings” to appreciate the beautiful humor that takes place amongst the family in the movie that communicates through sign language. Don’t let having to read scare you off. Some of the funniest moments in the film are in the subtitles, which had me laughing aloud. Unlike a dynamic moment later in the movie takes an obvious but still surprising approach which had me balling all over my Affogato (These are simple and delicious, and you should make one for yourself!) to the point of watering it. Down! Thankfully, I was in a darkened room. A similar effect was used in Immortal Beloved, but I’ll get to that later.

CODA stands for Child of Deaf Adults. To quickly summarize the movie, you could say — the film is about Ruby, played by Emilia Jones, a young teenager torn between helping her family’s fishing business or abandoning them to pursue her love of music. Her high school music teacher, entertainingly played by Eugenio Derbez, a multifaceted actor, writer, director, and producer who hails from The Mexican Institue of Cinematography and Theatre, sees her talent and believes he can help her get accepted with a scholarship to Berkley School of Music.

Suppose that setup sounds a bit like an old “movie of the week,” you wouldn’t be wrong. But to avoid it as a cliche would be unfortunate. The film does follow a fairly typical playbook for such movies. Hitting all the notes (yes, another pun) that you’d expect — laughter, heartstrings, disappointment, and redemption. But it does so in a refreshing and wholly original way. It also helps bring a sense of understanding to those not familiar with the challenges faced by the deaf community and their hearing friends and family.

There were moments I felt the movie was channeling moments from 1988’s Mystic Pizza. I felt this most when Ruby’s brother ends up in a closet “making out” with her best friend at work. My mind instantly flashed to Vincent D’Onofrio’s Bill and Lili Taylor’s Jojo hooking up in the back of the pizza parlor all those years ago.

The movie also introduced the world to Annabeth Gish, who is finally getting some well-deserved recognition in the Haunting of Hill House and its sequels on Netflix. Of course, a young Julia Roberts went on to do ok for herself after her turn here as Daisy. There was also a blink, and you missed its performance from future megastar Matt Damon as Steamer. His role was so small that he didn’t even rank among the top 20 actors in the credits. Similar to Nic, I’ve been in everything Cage when he played “Brad’s Bud” in Fast Times at Ridgemont High when he still went by his, I’ll Make You an Offer You Can’t Refuse, family name of Coppola!

It may have been a coincidence. But the similar vibe of a hard-working fisherman set against a young girl coming of age in a town of people who misunderstood one another felt intentional. Not in a wrong way, but in an intelligent way. For older viewers making a nostalgic connection and using a proven formula for younger generations, unaware of Mystic Pizza.

Others may not feel the connection. As a kid, I grew up in a town away from Mystic. While the movie never reached the status of Pretty Woman, it has maintained a cult classic place in many New Englander’s hearts. One last fun fact. About a year after the movie’s release, I had the pleasure of working with actor Bucky Walsh in a production of Sondheim’s A Funny Thing Happened on the Way to the Forum. Bucky played Manny, the film’s pizza-slinging cook. Ok, I need to finish my review of CODA so I can watch Mystic Pizza again.

The power of CODA is the relationships and the lack of connections. There were times when I wished the filmmakers had spent more time developing the lesser storylines. Such as the “means girls” in school, who appear then seem to vanish. The challenges between the father, brother, and the other fisherman. Or the mom’s feeling of being outcasted by the hearing wives in town. Had this been a series, those storylines could have been explored more. But at its core, this movie is about family and living your dreams. With a runtime of just under 2 hours, there wasn’t time to dive more into the subplots.

If CODA comes to your town this weekend, grab your reading glasses and treat yourself to a beautiful, well-acted, and heartwarming film.

No, I did not accidentally start over. A CODA, in musical terms, is a passage that brings a piece to an end. It can appear like a few simple measures or be presented as an entire section. I have two more items I’d like to mention in that spirit. One is the use of CODA as a double meaning. Both Child of Deaf Adults and the nod to a musical term is on the nose brilliant, and I had to mention it. Musical people may make the connection right away, but I thought others might find that interesting.

My CODA for today is another film (a short) called CODA from 2019. Not to be confused with the Captain Picard movie, of the same name, also released in 2019, of half a dozen more that I found when researching CODA 2021. Who knew so many movies used this title?

The CODA 2019 that I am talking about here is the story of a hearing dancer trying to find her place amongst her deaf family and a deaf boy with whom she falls in love. Deaf actor CJ Jones plays her father. I’d love to go on a tangent about CJ here. However, he deserves an entire piece of his own. So I’ll be sure to get to that soon.

His contributions to film and the deaf community are outstanding and underrated. For just a taste of his acting skills, see how he steals scenes in Baby Driver from Ansel Elgot, Tony in Stephen Spielberg’s produced reimagining of West Side Story, also nominated at this year’s Oscars.

Baby Driver is an over-the-top, action-packed ride that subtlely introduces moviegoers to tinnitus, a hearing condition that causes a constant annoying ringing in the ear. Baby deals with his auditory challenge by becoming a crack getaway driver and making out with Lily James.

In contrast, Beethoven, Ludwig van, not the dog, began to lose his hearing at 26, first in the form of tinnitus and eventually deafness, parlayed his challenge into the 9th Symphony at around the age of 53. More impressive, it is believed that he completely lost his hearing in his early 40’s! As I mentioned earlier, there is a similar penultimate scene in Immortal beloved that CODA 2021 uses in a similar but different effect. But I won’t spoil it here.

I enjoy the contrast of this mesmerizing performance of 10,000 Japanese Musician’s taking on portions of Beethoven’s Ninth Symphony compared to the Trans-Siberian Orchestra’s (TSO) glorious rock spectacle of the 2nd Movement. One YouTube commenter said it best, “10 000 people with a different alphabet singing your song in unison 200 years after you lived, uh yeah, I think you’re pretty good, Mr. Beethoven.”

Great, now I have to watch Immortal Beloved too. And why not? It has Gary Oldman on it. Any actor that can go from playing the Sex Pistols Sid Vicious alongside one of Courtney Love, then go on to play Beethoven, before joining over to a billion-dollar franchise about wizards — well, that’s an actor worth watching!

Is there such a thing as a second CODA? A topic for another day, perhaps. If you wish to enjoy CODA 2019, you can watch it below, courtesy of the Omeleto channel, which features many excellent Short Films! 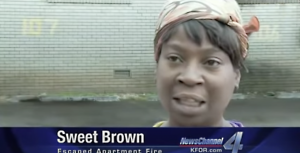 I know my Latin, and Your Definition of “Un” and “Fumus” is Incorrect. Please, explain Yourself. 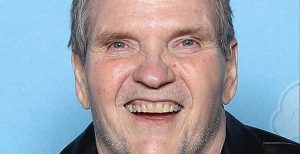 A tribute to Meat Loaf as well as an Answer to the Question, “Can an 11 Year Old Watch the Rocky Horror Picture Show? 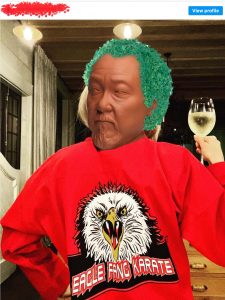 Why Don’t You Adhere to a More Formal Publishing Schedule Like Other Sites?

If we are being honest, we tend to shy away when asked questions such as this. It’s like if you asked us